[This professor interests me greatly. Here you will see a lot of Jewish whining and howling in this article, but I like this professor BIG TIME. This is FANTASTIC finding a white academic who can speak like this. This is my kinda guy. I wish I could speak to this man. It seems to me they're trying to destroy him. What a guy! And a German! FANTASTIC! Jan]

The student council (StuRa) at Leipzig University protested last Tuesday against an invitation extended to German right-wing extremist professor Jörg Baberowski. The far-right ideologue has been invited by the Paulinerforum to speak on the topic “Why is there no peace?” in the university church on October 22. University rector Beate Schücking intends to deliver the official greetings. 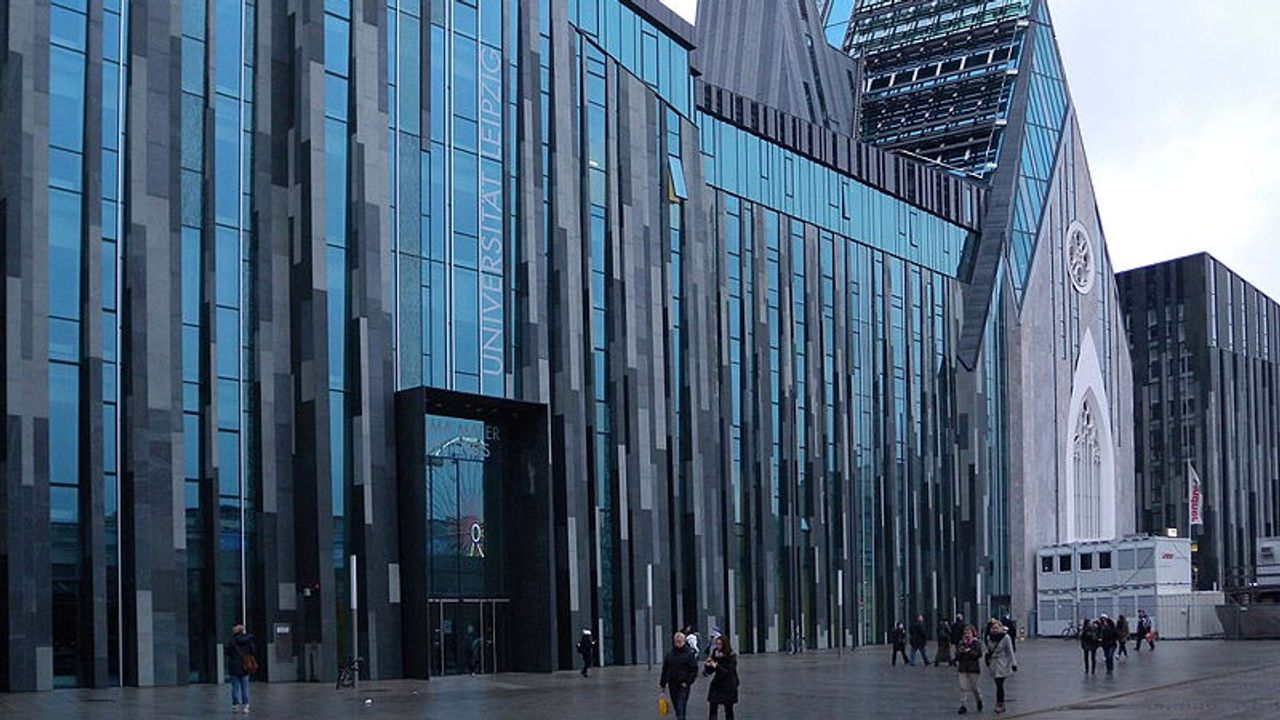 The StuRa voted by 18 votes in favour and two abstentions for a motion introduced by the spokesperson of the International Youth and Students for Social Equality (IYSSE) at the university. The motion stated:

The student council protests against the invitation of the right-wing extremist professor Jörg Baberowski within the framework of the Paulinerforum to the University of Leipzig. The evangelical church and university management are providing a platform to a right-wing extremist ideologist who is known for trivialising the Nazis’ crimes, waging a foul campaign against refugees and promoting violence against political opponents. There should be no space at our university for this!

In justifying its position, the motion stated, “Baberowski is a central figure among the right-wing extremist milieu, having established the Baberowski Salon in Berlin, where everyone with a standing in the New Right comes together.”

Five years ago, Baberowski legitimised the arson attacks on refugee centres, stating in an interview with 3SAT, “Given the problems that we have in Germany with the immigration that is currently taking place, what we are dealing with here is really harmless.”

“With Baberowski, his scholarly oeuvre and statements on day-to-day politics combine into an amalgam of right-wing extremist criticism,” professor Andreas Fischer-Lescano stated in the Frankfurter Rundschau.

“In his role as a historian, Baberowski trivialises the Nazis’ crimes,” the IYSSE explained in the motion. For example, Baberowski rehabilitated Ernst Nolte in Der Spiegel in February 2014, the most important Nazi apologist historian at that time. By way of justification, Baberowski remarked at the time, “Hitler was not a psychopath, and he wasn’t vicious. He did not want to talk about the extermination of the Jews at his table.” Baberowski placed the Holocaust on the same level as shootings during the Russian civil war, commenting, “Essentially it was the same thing: industrial killing.”

It is particularly cynical for Baberowski to speak on the issue of peace in light of his trivialisation of the Holocaust and the arson attacks by neo-Nazis on refugee centres. The right-wing extremist spoke out as early as 2014 at a discussion in the German historical Museum in favour of wars against terrorists, remarking, “If one is not willing to take hostages, burn villages, hang people and spread fear and terror, as the terrorists do, if one is not prepared to do such things, then one can never win such a conflict and it is better to keep out altogether.”

When the student council at Bremen University cited this and several other statements in a leaflet as examples of a “glorification of violence,” “racism” and “right-wing extremism,” Baberowski took the entire student representative system to court and demanded a ban on such statements. However, the regional high court in Cologne ruled that Baberowski had been cited correctly and that the evaluation of his positions was legitimate. The right-wing extremist professor was forced to withdraw his case and pay for all legal costs.

Following his defeat in court, Baberowski proceeded even more aggressively against his political opponents. He publicly threatened colleagues who spoke out against the anti-refugee “Joint Statement 2018” and mobilised right-wing extremist forces against meetings organised by students at Humboldt University.

In January of this year, he tore down IYSSE placards during the election campaign for the student parliament from a board specifically set aside for them. When a member of the student parliament for the IYSSE observed him doing this, Baberowski violently struck his phone out of his hand and yelled, “Should I smack you in the face?” The incident was captured on video.

The victim of the attack, Sven Wurm, explained in February, “With his attack on me, Baberowski has further escalated his persistent persecution of political opponents. He is no longer acting as a far-right ideologue and Nazi apologist, but directly as a right-wing extremist activist and purveyor of violence. He wants to intimidate and force anyone off campus who criticises his right-wing extremist agenda.”

The fact that such a right-wing extremist is receiving an invite to the university from the Paulinerforum and will be welcomed by the university rector is a deliberate political provocation. The goal is to make far-right standpoints the norm at the University of Leipzig and suppress all criticism.

The fate of a larger political project is at stake. Alongside the university rector, Horst Gorski, vice president of the office of the Evangelical Church in Germany (EKD), will speak and give the meeting his blessing. In February, the federal government publicly extended its support to the right-wing extremist professor. The ruling elite is ever more openly embracing far-right forces in order to impose their policies of militarism and social inequality.

It is thus all the more important that the students are rejecting this right-wing offensive and protesting against the invitation to Baberowski. The protest is an expression of the widespread opposition to the return of fascism and dictatorship. The StuRA is following a number of student councils which have demonstrated against Baberowski’s far-right positions in the past.

USA: Preppers: How To Become Untraceable When SHTF

Books The Peace Conference, Paris, 1919: report of the delegation of the Jews of the British Empire on the treaties of Versailles, Saint-Germain-en-Laye and Neuilly and the annexed minority treaties : presented to the Board of Deputies of British Jews and the Council of the Anglo-Jewish Association, February, 1920

Science: Can you boost your memory by walking backward?

Hypocrisy: The Jewish 5th Column calls out Iran as the West’s 5th Column!!!! – What a joke – My Comments

UFOs Are Real — and You Were Never Supposed to See Them, Military Official Says – My Comments

Update on Jan’s 5 Legal Matters including US Companies…

Paul Fromm replies to: Attention: All White Canadians can move to South Africa…