[I'm always suspicious, especially of suicide because it implies that there is nobody to look for as the killer. The death, for example of the Jewish pedophile Epstein, smells to high heaven. If you look at the “suicide” of Rudolf Hess in jail at 93, that also smells to high heaven. Some people suspect that the British had him killed. David Irving, I think said that a black American soldier stranged him to death. I tend to believe Irving's opinion. Either way, no bloody ways did Rudolph Hess kill himself.

For the record, was Rudolf Hess EVER interviewed by anyone during his incredibly long jail time? He was incredibly important. He would have succeeded Hitler.
Now about this German politician who killed himself, Angela Merkel is a Polish Jewess. She's a communist and she was trained in Russia in the art of “agitation”. She is a piece of crap.
I have wondered, on many occasions when bankers were falling out of windows and off roofs some years back, how many times are there whites high up who want to blurt out the truth and become whistleblowers … and they then have to be KILLED because they would make waves that can really rock the system.
Him being close to Merkel the hag, I would not trust anyone. He sounds like he was a pretty decent bloke. Would he really kill himself in such a way? Wouldn't a man like him find a cleaner method of killing himself?

div>I'm not totally sure myself, but I urge whites to watch all instances of people, especially prominent people, dropping dead suddenly. I trust nothing. I think there is more murder going on than people think. Jan]

Police suspect Thomas Schäfer died by suicide after his body was found on train tracks near Wiesbaden. He was the finance minister for the state of Hesse, where Germany’s financial center Frankfurt lies.

The body of a man identified as Thomas Schäfer, the finance minister of the German state of Hesse, was found on a high-speed train line in the town of Hochheim between Frankfurt and Mainz, police confirmed Saturday.

The presence of a body on the tracks was first reported by witnesses to paramedics, who were unable to initially identify the remains due to the extent of the injuries.

Investigators said an investigation on the scene confirmed the identity of the man as Schäfer and that the death was likely a suicide. Police did not immediately release further details of the case.

The politician apparently left a note before taking his own life, German daily Frankfurter Allgemeine Zeitung reported, citing sources close to the investigation. The note, according to the report, referenced Schäfer’s reasons for taking the step.

According to media in the state of Hesse, the 54-year-old regularly appeared in public in recent days, for example, to inform the public about financial assistance during the coronavirus crisis.

Schäfer had “considerable worries” over COVID-19

Schäfer was a member of Chancellor Angela Merkel’s center-right Christian Democrats (CDU). He had been active in Hessian state politics for more than two decades and was finance minister for almost 10 years.

Germany’s financial capital, Frankfurt, lies in Hesse and is the state’s biggest city.

Schäfer had been widely expected to succeed state premier, Volker Bouffier, if he decided not to stand for re-election in 2023.

In a statement, Bouffier said that the state’s leadership has received the news with “sadness and disbelief.”

Bouffier also said that Schäfer had been living under considerable worry and stress because of the current COVID-19 pandemic.

“His main concern was whether he could manage to fulfill the huge expectations of the population, especially in terms of financial aid,” Bouffier said on Sunday. “For him, there was clearly no way out. He was disappointed and so he had to leave us. That has shocked us, has shocked me.”

“Our sincere condolences go to his closest relatives,” he added.

Outgoing CDU chief Annegret Kramp-Karrenbauer said Schäfer’s sudden death “shocked me, shocked all of us” in the party. “It has hit us and left us sad and stunned,” she wrote on Twitter.

98 people are talking about this

One of the candidates to succeed Kramp-Karrenbauer as leader of the party, Friedrich Merz, and possible successor to Merkel as chancellor wrote on Twitter about his shock at the death.

“News about the sudden death of Thomas Shäfer has deeply shaken me,” Merz wrote on Twitter. “As a personal and politician he was one of our best – this is a difficult loss. We will mourn him with his wife and children.”

108 people are talking about this

Lawmakers from other parties also paid tribute to Schäfer.

Left party member of the Bundestag Fabio De Masi wrote on Twitter “We often no longer recognize politicians as people or the burdens they carry away from politics.”

Green politician Kordula Schulz-Asch wrote “I am stunned by the death of Thomas Schäfer. My deepest condolences and thoughts to his family at this time.” 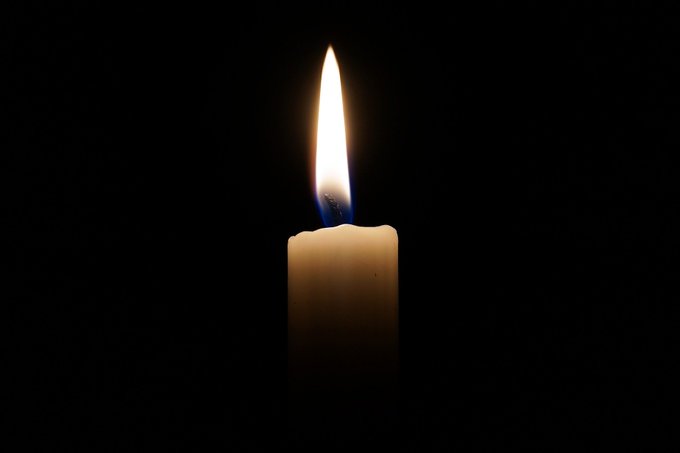 Schäfer leaves behind a wife and two children.

EXCELLENT: The Jew shit bag loses a bit of money: Mark Zuckerberg has $7 billion wiped off his fortune as Coca-Cola halts all social media advertising for 30 days

Video: White girl is beaten by non-Whites & forced to kiss their feet

Trump: ‘We Don’t Have Freedom of the Press in This Country — We Have Suppression by the Press’ – My Comm ents

Photo: White South African Farmer Previously Paralyzed in Violent Attack is Tied Up and Murdered in His Wheelchair – My Comments

BIDINFLATION: Prices of goods and services skyrocket yet again

From Germany: Article in the BILD newspaper

Photo: The Greatest Olympics of all time: Berlin Olympics 1936

What do German veterans of the Second World War still alive today think of Hitler now?