[People have not believed me in some of my videos when I say that even in this modern age you can hide a tremendous amount of things. Well, can you believe it, you can hide entire cities. Area 51 type of security is not just limited to the USA. In fact, you can hide a city of a million people with no problem!

If you want proof that Apartheid/Segregation works, look no further than the Russian secret cities. You will see that they are safer than normal cities because movement into and out of them is highly restricted!

A Jewess I knew was married to a rich Afrikaner. I visited them a number of times. The rich Afrikaner (who was very Liberal I might add), had dealt with the Russians in business on a number of occasions. He told me that on one of these occasions he went to Russia and met with Russian Generals face to face. He said to me that there is a city in Russia, with a population of 1 million people and that everyone in that city works on only one thing: Building nuclear weapons to attack the USA with.

I came across this article in a slide show about Russia and it reminded me of what this Afrikaner had told me. He said the Russian Generals have an INTENSE hatred of the USA. (Think of that … their former ally in WW2 – morons!). In this slide show they mention that there are 42 secret Russian cities that you won’t find on any map. I suspect that all of them have to do with military activity, especially the manufacture of weapons and especially related to nuclear weapons. Jan]

8. There are at least 15 secret cities

There are several secret cities all around the world and Russia is speculated to have at least 42 of them. These cities are officially classified as secret by the Russia government and nobody really even knows what their names are or where they’re located!

These cities aren’t on any map and visiting them is very strictly prohibited. Many of these cites were formerly places of metallurgy, chemical, and military industry. They’re called ZATO: closed administrative territorial entities. Don’t you dare go in!

Here is what Wikipedia has to say about these Closed Cities:

From Wikipedia, the free encyclopedia 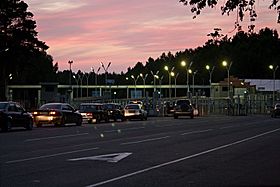 A closed city or closed town is a settlement where travel or residency restrictions are applied so that specific authorization is required to visit or remain overnight. They may be sensitive military establishments or secret research installations which require much more space or freedom than is available in a conventional military base. There may also be a wider variety of permanent residents including close family members of workers or trusted traders who are not directly connected with its clandestine purposes.

Many closed cities existed in the Soviet Union. After 1991, a number of them still existed in the CIS countries, especially Russia. In modern Russia, such places are officially known as “closed administrative-territorial formations” 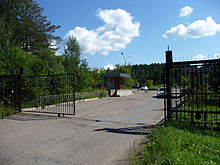 A checkpoint in the closed city of Zheleznogorsk, in Krasnoyarsk Krai, Russia

Sometimes closed cities may only be represented on classified maps which are not available to the general public. In some cases there may be no road signs or directions to closed cities, and they are usually omitted from railroad time tables and bus routes.

Sometimes closed cities may be indicated obliquely as a nearby insignificant village, with the name of the stop serving the closed city made equivocal or misleading. For mail delivery, a closed city is usually named as the nearest large city and a special postcode e.g. Arzamas?16, Chelyabinsk?65. The actual settlement can be rather distant from its namesakes; for instance, Sarov, designated Arzamas-16, is in the federal republic of Mordovia, whereas Arzamas is in the Nizhny Novgorod Oblast (roughly 75 kilometres (47 mi) away). People not living in a closed city were subject to document checks and security checkpoints, and explicit permission was required for them to visit.[1] To relocate to a closed city, one would need security clearance by the organization running it, such as the KGB in Soviet closed cities.

Closed cities were sometimes guarded by a security perimeter with barbed wire and towers. The very fact of such a city’s existence was often classified, and residents were expected not to divulge their place of residence to outsiders. This lack of freedom was often compensated by better housing conditions and a better choice of goods in retail trade than elsewhere in the country. Also, in the USSR, people working with classified information received a salary bonus. 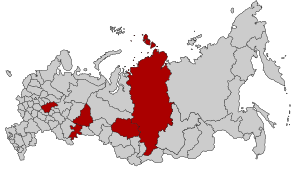 Closed cities were established in the Soviet Union from the late 1940s onwards under the euphemistic name of “post boxes”, referring to the practice of addressing post to them via mail boxes in other cities. They fell into two distinct categories.

The locations of the first category of the closed cities were chosen for their geographical characteristics. They were often established in remote places situated deep in the Urals and Siberia, out of reach of enemy bombers. They were built close to rivers and lakes which were used to provide the large amounts of water needed for heavy industry and nuclear technology. Existing civilian settlements in the vicinity were often used as sources of construction labour. Although the closure of cities originated as a strictly temporary measure which was to be normalized under more favorable conditions, in practice the closed cities took on a life of their own and became a notable institutional feature of the Soviet system.[3]

Movement to and from closed areas was tightly controlled. Foreigners were prohibited from entering them and local citizens were under stringent restrictions. They had to have special permission to travel there or leave, and anyone seeking residency was required to undergo vetting by the NKVD and its successor agencies. Access to some closed cities was physically enforced by surrounding them with barbed wire fences monitored by armed guards.

“Box” was the unofficial name of a secret Soviet facility much like the closed city, but smaller, usually the size of a factory. The “box” name was usually classified, as were the activities there. Incoming mail was addressed to “mailbox #XXXX”, thus the name of “box”. Most Soviet design bureaus for weapons, aircraft, space, military electronics, etc. were “boxes”.[citation needed] 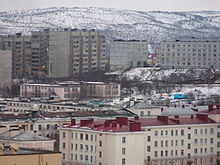 Russia has the largest number of closed cities. The policy of closing cities underwent major changes in the late 1980s and early 1990s. Some cities, such as Perm, were opened well before the fall of the Soviet Union; others, such as Kaliningrad and Vladivostok, remained closed until as late as 1992. The adoption of a new constitution for the Russian Federation in 1993 prompted significant reforms to the status of closed cities, which were renamed “closed administrative-territorial formations” (or ZATO, after the Russian acronym). Municipally all such entities have a status of urban okrugs, as mandated by the federal law.

There are currently 44 publicly acknowledged closed cities in Russia with a total population of about 1.5 million people. 75% are administered by the Russian Ministry of Defense, with the rest being administered by Rosatom.[4] Another 15 or so closed cities are believed to exist, but their names and locations have not been publicly disclosed by the Russian government.[5]

Some Russian closed cities are open for foreign investment, but foreigners may only enter with a permit. An example is the Nuclear Cities Initiative (NCI), a joint effort of the United States National Nuclear Security Administration and Minatom, which involves in part the cities of Sarov, Snezhinsk, and Zheleznogorsk.

The number of closed cities has been significantly reduced since the mid-1990s. However, on 30 October 2001, foreign travel (without any exceptions) was restricted in the northern cities of Norilsk, Talnakh, Kayerkan, Dudinka, and Igarka. Russian and Belarusian citizens visiting these cities are not required to have any permits, however, local courts are known to deport Belarusian citizens[6] in contradiction with federal Constitution.

Krasnoyarsk-26 in Siberia, researched for the subject of Sidney Sheldon‘s 2001 fictional murder mystery-romance The Sky is Falling,[7] was planned in 2003 to be shut down by 2011,[8] in co-operation with the U.S, and documented by their Natural Resources Defense Council,[9] but actually closed in 2008.[10]

The number of closed cities in Russia is defined by government decree (see links further). They include the following cities. Reasons for restrictions are denoted in the descriptions below.

Here are more articles and proof of Russia’s Secret Cities:

One thought on “ZATO: Russia’s 42 Top Secret Cities which you can’t visit & which are not on any maps!”

A JEW is about to take over Amazon! – Jeff Bezos to Step Down as Amazon CEO

Jews at Work: NeoCon Paul Singer is Driving the Outsourcing of US Tech Jobs to Israel

Books How Greatest White Nations Were Mongrelized Then Negroized (1965)

VERY IMPORTANT: The Jewish Role in Promoting Cannabis—And Why It’s Bad for You – Dagga – My Comments

Are Jews dividing Poland & Germany against each other? – Poles Outraged: Germany Paid Them Only $2.41 Billion in WW2 Reparations

IDIOTIC MADNESS: INSANE Liberal wishful thinking: It could take at least 10 years for SA to get back to inv estment grade – chief economist – My Comments

Excellent news! The Elite 1% of Science! Are White European Scientists becoming the ELITE of Science?

Extremely Angry White writing about the stupid British & Anglos who are OWNED by the JEWS!

NEW – For Our Site Please !

S.Africa: Whites?? 5.8% of the population is paying about 92% of all personal tax