[Someone in the South sent me this. I had heard of this but was not sure if this could be trusted – that the 2nd highest person in the Confederacy was Jewish. I'm not sure what effect, either pro or con this had on the war. Jan] 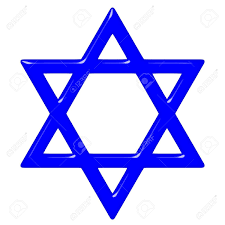 The Jewish second-in-command of the Southern Confederacy during the Civil War was once a United States senator.

Judah Philip Benjamin was a politician, a lawyer, a United States senator, and during the American Civil War, the second-in-command of the Confederacy [sic].

Benjamin was born August 6, 1811 on the island of St. Croix in the Danish West Indies (the present-day Virgin Islands) to Jewish parents. At the time of his birth, Benjamin’s family was in transit from England to America. However, due to the War of 1812, the family was forced to settle in the West Indies until the war ended. They finally arrived in America in 1814, settling in Charleston, South Carolina.

Benjamin was an exemplary student. At the age of 14, he entered Yale University. Two years later he was expelled (no record exists as to the reason) and eventually, Benjamin moved to New Orleans.

Benjamin apprenticed at a law firm and began to study for the bar–a complicated course of action because, to become a lawyer in Louisiana, the state’s use of the Napoleonic Code required fluency in both English and French. In order to fulfill this requirement, Benjamin took a job teaching English to the daughter of a prominent Creole family, Natalie St. Martin, so that he could learn French.

The tutoring sessions worked well and provided unintended benefits–on February 12, 1833, the 21-year-old Benjamin and the 16-year-old Natalie were married. As a condition of marriage, Benjamin agreed that the couple’s children would be raised in the Catholic faith. That same year, Benjamin was admitted into the Louisiana bar.

Benjamin’s law practice flourished. He authored a seminal work on legal contracts, Benjamin on Contracts, which examined existing contracts jurisprudence to a depth previously unknown in America. As his wealth and status grew, Benjamin took on the trappings of antebellum Southern aristocracy. He purchased a large sugar plantation on the outskirts of New Orleans and owned 140 slaves. In 1843, Natalie gave birth to the couple’s only child, a daughter named Ninette. Though they never divorced, a few years later his wife moved to Paris and took their daughter with her. The family would never live together again.

“An Egyptian in Israelite Clothing”

Before he could even be seated as a senator, Benjamin was also offered a seat on the Supreme Court by outgoing President Fillmore. Benjamin declined and was sworn into the Senate on March 4, 1853, becoming the second Jewish senator (after David Levy Yulee of Florida, in 1845).

Benjamin was offered an appointment to the Supreme Court once more, in 1854, by President Tyler. Again, Benjamin declined. In the Senate, Benjamin gained a reputation as a skilled tactician and orator, yet his Jewish background and service for the slave-holding South provided points for attack. An abolitionist senator referred to him as “an Egyptian in Israelite clothing.”

Benjamin served in the body until February 4, 1861 when he resigned from office along with other senators from the seceding Southern states. The Civil War had arrived.

In March of 1861, Benjamin was appointed Attorney General by Confederate President Jefferson Davis, with whom Benjamin had served in the Senate. Davis often referred to Benjamin as “the brains of the Confederacy.” His appointment made Benjamin the first Jew to ever serve in an American cabinet. That same year, Davis requested that he accept the position of Secretary of War.

After public outcry over Confederate failings on the battlefield, in particular when reinforcements never arrived at the battle of Roanoke Island, Benjamin resigned as Secretary of War and was promptly appointed Secretary of State. Benjamin served in that position for the remainder of the war, often working at Davis’ side for up to 12 hours a day.

On February 9, 1865, two months before the Confederate armies surrendered, Benjamin gave the most controversial speech of his political career, an impassioned plea for the Confederacy to arm their slaves and enlist them as Confederate soldiers. In Richmond, before an audience of 10,000, Benjamin asserted: “Let us say to every Negro who wishes to go into the ranks on condition of being made free–‘Go and fight; you are free.’ If we impress them, they will go against us. We know that everyone who could fight for his freedom has had no chance.”

Benjamin’s controversial plan met with disdain among defenders of slavery, but it was eventually passed by the Confederate Congress. Its passage in March 1865 came too late; no slave would ever take up arms for the Confederacy [sic].

Life Abroad after the Civil War

Fearing that he would be hung [sic] as a traitor, Benjamin fled the United States in the final days of the Civil War. He arrived in England, where, barely a year after the close of the war, he was admitted to the British bar in June of 1866. He would never return to the United States. For the final 18 years of his life, Benjamin practiced as a successful barrister, eventually attaining the highest rank in British legal profession–that of a Queen’s Counsel.

So loath was Benjamin to have his biography written that he burned all of his personal artifacts and papers before his death. Consequently, historians have had difficulty in reconstructing his life.

Benjamin died in Paris on May 6, 1884 at the age of 72. He was buried in a Paris cemetery with a simple headstone, reading only “Phillipe Benjamin.” In 1936, the United Daughters of the Confederacy erected a monument at his gravesite.

Video: From Australia: A trick the Left have learned to fool the public – My Comments

26th November 2021 jlamprecht Comments Off on Video: From Australia: A trick the Left have learned to fool the public – My Comments

The Exodus of Jews from the Muslim World – My Comments

26th May 2020 jlamprecht Comments Off on Photos: AFRICA: Russia is back! Russian mercenaries fight shadowy battle in gas-rich Mozambique

Why Russia is on a charm offensive in Africa

From Trump’s Son: Update on MAR-A-LAGO – No US President has EVER been RAIDED!

Will Russia make parts of Ukraine part of the Russian Federation on 911 2022? – Nukes?

Photos: WHITE ELECTRICITY: Whites Only town Orania is the ONLY town in South Africa CLOSE TO REACHING ENERGY SUPPLY AUTONOMY

Photo: INSANE: Jews are putting Whites in America for distributing flyers like these!

FANTASTIC: Donations to Clinton Foundation Sink to Lowest Level in a Decade

Video: WW2: When Britain destroyed the Italians: A Deadly Trap – The Italian Navy Massacre at the Battle of Cape Matapan

Video: Joe Biden Laughs as Reporters ask Him about His Own FBI’s Raid of Trump’s Home (VIDEO)

Video: FBI document leaked! What list are you on? – Hunting Whites – My Comments

Australia Warns Unvaccinated: We Will Keep You Locked Down FOREVER!